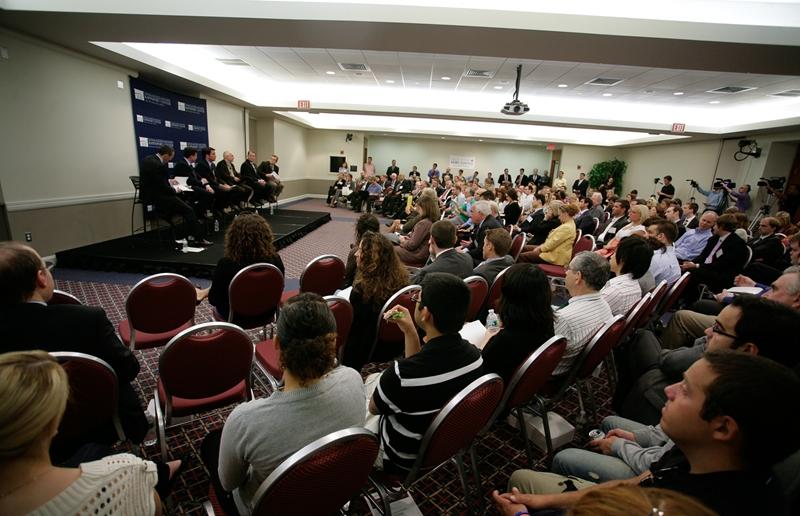 Fixing US Healthcare blog has touted the Oregon Health Plan of 1994 as a model of U.S. healthcare reform. But what are the strongest criticisms of OHP? Let’s look at 8 criticisms from 3 critics. Which criticisms are valid and which ones questionable? Finally, what about ethics?

Criticism #1: There was no widespread actual rationing of services in the state. The total number of services excluded from the list was relatively small and their medical value generally marginal.

Comment: Correct. OHP excluded low-value services. Nobody missed not having them.

Criticism #2: Establishing an explicit limit on service coverage was much more difficult in practice than in theory.  For example, physicians would often “game the system” by combining a listed condition along with a de-listed condition, thereby securing access to diagnostics and other services for the patient.

Comment: OHP covered all diagnostic visits, even if certain treatments themselves were not covered. It was commendable for the doctors to find “work-arounds.” Basic evaluation-and-management visits were expected, and were not budget busters or cost-drivers.

Additional Comments: OHP rank-ordered only diagnosis-treatment pairs. But healthcare is more than just that. It involves basic primary care (prevention, counseling, screening); chronic disease care management; and at times complex multi-disciplinary plans of care. Also, in the 25 years since OHP was launched, medical science has now developed expensive, complex and sometimes risky diagnostic procedures – scans, catheterizations, needle biopsies, organ function testing, etc. An updated OHP-type approach would need to evaluate according to cost-benefit not only treatments but also new drugs and diagnostic tests, as well as bundled management services. This is doable using the same principles of cost-benefit analysis.

Criticism #3: Oregon’s system of priority setting through the list did not produce significant savings. Oberlander adds, “during its first 5 years of operation, the list saved the state only 2% of total expenditures from the amount that it would have spent under the previous system.” Other sources report that Oregon Health Plan spending went from $1.33 billion in 1993-1995 to $2.36 billion in 1999-2001 (see Criticism #7, below). Oberlander further argues that the cost of expanding the Medicaid program in Oregon was not recouped by rationing and savings from the list, as is commonly (and mistakenly) assumed, but rather by raising additional tax revenues (primarily through a cigarette tax) and moving Medicaid recipients into managed-care plans.

Comment: Oregon Health Plan did not reduce costs, and in fact increased them. This is a serious criticism. At the same time, OHP did slow healthcare spending growth to less than the national average of 6%.  And it did so while reducing Oregon’s uninsured population from 17% down to 11%, bucking the national trend. The OHP’s effect on constraining costs is not insignificant. After all, a 2 percent cost reduction, if applied to the National Health Expenditure of $3.3 trillion, is still a large number. However, it is illusory to expect an OHP-type approach alone to reduce costs in the whole system. But an OHP-type approach would conceptually undergird health system reform that targeted wasted spending for non-costworthy services, and it would serve a starting point for other necessary multi-pronged cost-control initiatives.

Criticism #4: OHP did not operate strictly according to scientific cost-benefit methodology; administrators modified rankings to accommodate public input and federal requirements. Oberlander claims that once the methodology of the list was compromised, the aspiration that the list could function as a self-regulating mechanism according to formula had to be abandoned.

Comment: Any mechanistic methodology will yield intuitively obvious fallacies requiring purposive common-sense correctives. Such fallacies were recognized early on in Oregon and were addressed through 60 town hall meetings to arrive at final rankings. The final list was maintained for the life of the Plan. However, it is clear that any such list should be periodically reviewed and updated as new research and shifting priorities emerge. See also, Criticism #6, below.

Criticism #5: Oberlander argues that “despite the OHP’s status as a celebrated US policy innovation, no US state or other nation has emulated the Oregon model. In part, this is because what other jurisdictions presumed was the key to Oregon’s ability to expand coverage — the list and a formulaic system for rationing — turned out to be illusory. The real innovation in Oregon has been drawing on public participation to build public support and raising revenues for expanding insurance for the poor. It is also the case that the furor over the Oregon plan has dissuaded others from similar efforts. The considerable political controversy that comes with the decision to terminate coverage for medical services explicitly and publicly is baggage that no other US state has been willing to take on and few nations have found appealing.”

Comment: Public participation and ownership was key in Oregon, as acknowledged by Oberlander, and it would be key for any health system reform. There is no reason that Americans cannot summon the courage and political will to act as boldly as Oregonians. Britons, for example, broadly support their National Health Service and its National Institute for Health and Care Excellence (NICE), which provides cost-benefit analysis before adoption of any new expensive health treatments.

The second critic to consider is David Hadorn, MD, of the RAND Corporation, one of the original critics of the Oregon Health Plan in his 1991 piece “Cost-Effectiveness Meets the Rule of Rescue.”

Criticism #6: Rationing is ethically and emotionally untenable in the case of life-saving rescue treatments, even those that are exceedingly expensive. For example, an early version of the ranking of health services placed dental caps higher than life-saving appendectomies and ectopic pregnancy surgeries, mostly attributable to the disproportionate effect of high cost of surgery on the ranking score.

Comment: Such quirks in the cost-effectiveness methodology were promptly recognized when presented at town hall meetings across Oregon. Recognition of these quirks resulted in creating 17 categories prioritized by importance into which diagnosis-treatment combinations were grouped. Life-saving treatments with full recovery were assigned the highest importance category and were included above the cut-off Line no matter how high the cost. Ineffective treatments and treatments of self-limited conditions were assigned the lowest priority category, and were eliminated below the Line, even if very inexpensive. Ten percent of diagnosis-treatment conditions were significantly re-prioritized by this categorization process. This two-step procedure illustrates both the principle of public engagement to bring the public’s participation into the process, as well as the principle of “common sense” as a check on the purely analytical cost-benefit methodology. Both principles were critical in gaining public support for the OHP.

Third, let’s look at perhaps the most controversial of these criticisms presented in the Wikipedia entry on the Oregon Health Plan.

Comment: The original Oregon Health Plan was crafted between 1989 and 1994, when it was in was rolled out. OHP continued in effect until 2002. Due to internal political forces, external budgeting pressures, and quirks of the Oregon revenue stream, the Plan was forced to undergo extensive revisions in 2003, including partial abandonment of the rank-ordered services list. The Wikipedia article includes many comments germane to Phase 2 of the OHP, known as OHP2, some of which are not applicable to the original OHP. Unfortunately, the Wikipedia entry does not clearly distinguish the two phases. My comments here are limited to the original first phase of the Oregon Health Plan.

Criticism #8: This argument relates to concerns about denials of second-line chemotherapy and to issues of palliative care and physician-assisted suicide. Wikipedia’s discussion:

“During 2008 and 2009, the Oregon Health Plan stirred up controversy when enforcing 1994 guidelines to only cover comfort care, and not to cover cancer treatment such as chemotherapy, surgery and radiotherapy for patients with less than a 5% chance of survival over five years.

“ Springfield resident Barbara Wagner said her oncologist prescribed the chemotherapy drug Tarceva for her lung cancer, but that Oregon Health Plan officials sent her a letter declining coverage for the drug, and informing her that they will only pay for palliative care and physician-assisted dying. She appealed the denial twice, but lost both times. Tarceva drug maker Genentech agreed to supply her the $4,000-a-month drug free of charge. Wagner’s plight garnered a flurry of attention from the media, the internet, and triggered protest from religious groups.

“On August 26, 2008, former Oregon Governor John Kitzhaber and Somnath Saha, a Portland physician and then-chairwoman of the Oregon Health Services Commission, issued an op-ed in The Oregonian newspaper in response to the twisting of Wagner’s story in the media. According to Kitzhaber and Saha, the Oregon Health Plan covers nearly all chemotherapy prescribed for cancer patients, including the multiple rounds of chemotherapy that Wagner received; Wagner’s request for second-line treatment was denied because of the drug’s limited benefit and very high cost, which would have led to the denial of access to well-established, first-line treatments for other cancer patients. Kitzhaber and Saha stated that ‘the idea that treatment has ever been denied because death would be more “cost effective”…is both abhorrent and a blatant distortion of the facts. [T]he fact that [physician aid in dying] is covered by the health plan has no bearing on the decision in this or any other case.’

What About Other Ethical Criticisms?

This blog’s discussion of criticisms has not included any mention of ethical arguments, particularly those pertaining to rationing. First, these ethical arguments have been extensive and detailed and thus are considerably beyond the scope of this blog post. But second, a remarkable ethical consensus has emerged that has receded behind the politics and policy as the main challenges to health system reform. Blog readers are invited to review an overview summary of a 1992 Brookings Institution conference on the ethics of the Oregon Health Plan, as well as my previous post on the subject.

Areas of agreement among most ethicists include:

Conclusion: Oregon Health Plan has had many thoughtful critics, who have advanced valid arguments against the Plan on theoretical and practical grounds. In my judgment the most compelling of these arguments is that the Plan did not actually reduce costs. However, the counterargument has been that the Plan did modestly constrain cost growth. Nevertheless, it is clear that an OHP-type cost-benefit analysis approach would only set the stage for more extensive and multi-pronged initiatives, sustained over time, that would be required to rein in healthcare spending. One of the Plan’s most vocal critics acknowledged that its greatest strength lay not in the cost-benefit methodology as such but in the innovative public participation process by which it gained public support. Both elements – an agreed methodology such as cost-benefit analysis and a process to engage and win support from the public – are needed now to tackle health system reform and cost containment.

4 thoughts on “FAQ: What Are the Strongest Criticisms of the Oregon Health Plan for Healthcare Reform?”