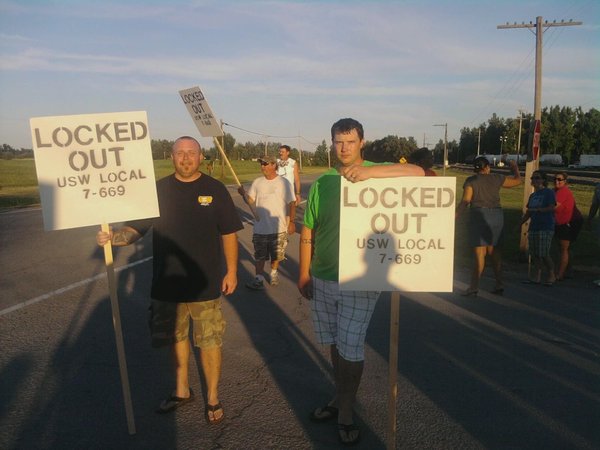 United Auto Workers walked off their jobs at 55 General Motors plants on September 16 when their 4-year contract expired. Healthcare costs are a top issue for the 46,000 striking auto workers and for the corporation alike.

Healthcare Costs Are the Problem

All of these problems are adding to the conflict at the bargaining table in Detroit.

Detroit Free Press reports that single the biggest sticking point between GM and the UAW is temporary workers. Hiring temps gives GM flexibility with its workforce. But UAW complains that temporary status lowers wages and creates onerous working conditions, such as allowance for only 3 days off per year.  But here again, healthcare costs play a role, since temps get less comprehensive coverage and pay more out-of-pocket.

GM spends $1 billion annually on healthcare benefits. Healthcare costs add $1,500 to the price of each GM vehicle sold.  GM initially proposed that union contract workers should increase their share of health insurance payments from the current 3% to a 15% level, about $2,300 more per year, according to Detroit Free Press. GM considered this offer to be generous, since the national average for employees is 29%, according to a 2018 Kaiser Family Foundation report. GM’s move fits the pattern reported by the Rand Corporation showing that all of worker gains in wages during the first decade of the 2000s was offset by increased premiums and copays, keeping their take-home pay flat.

The Free Press reported an update on September 29, as the strike was ending its second full week:

The UAW balked at GM’s offer and the company walked it back to 3%. But the topic is back up for discussion, the Free Press learned. GM is again suggesting that UAW members pick up more of the cost for health care, though specifics aren’t known.

GM – and its workforce — is not alone in facing the insidious effect of relentlessly rising healthcare costs.  Warren Buffet has called healthcare costs “the tapeworm of American economic competitiveness.” He has joined J.P. Morgan’s Jamie Dimon and Amazon’s Jeff Bezos to form Haven Healthcare to try to control them.  For its part, Walmart, the world’s largest single private employer, has been using “care bundling” and “centers of excellence” to do the same. Healthcare costs were a key issue in last year’s West Virginia teachers strike.

Olen prescribes “Medicare for all” as the antidote, but she frames healthcare reform as a knock-down power struggle.

This blog claims that all stakeholders would be better off – including GM and UAW members – if all of them join together to tame healthcare costs. More profits for corporations, more take-home pay for workers.  Healthier workforce. More social and political cohesion. Medicare-for-all could be one means to that end, but is not the only option.  However, this blog agrees in principle that only an institution “of, by, and for the people” – the entire U.S. government — will have sufficient public trust and clout to persuade all stakeholders to come together to reform the whole system, to unrig it, to curtail non-costworthy procedures, and to rebalance supply-demand pricing.

License: Copyright holder publishes the image with permission granted to copy, distribute and/or modify this document under the terms of the GNU Free Documentation License, Version 1.2 or any later version published by the Free Software Foundation; with no Invariant Sections, no Front-Cover Texts, and no Back-Cover Texts. A copy of the license is included in the section entitled GNU Free Documentation License.